The Surprising Channel That is Revolutionizing Affiliate Marketing

Savvy Affiliate Marketers are always on the lookout for the next big thing: the next product to promote, the next traffic source to target, and the next channel to monetize. When it comes to channels, though, many affiliates would be surprised to learn that the most effective channel isn’t the newest.

In fact – in may be one of the oldest. But new innovations have made email marketing a profit center for affiliates.

I recently talked to a “super affiliate” about how he was able to quadruple his passive income and his candor about his challenges and how he overcame them proved to be fascinating.

Challenge: needs a more personal touch, but has less time to spend personally

Where other affiliates have told me about the need to reduce the time they invest in their marketing, this guy saw the challenge from a different angle. His data showed that when his promotions were better targeted and had more of a personal touch, they were more effective. But he found himself spending too much time on each one. Though his profit margin went up, his volume went down. He worded his conundrum in a way I had never heard before. He needed a solution that would help him “scale advanced personalization.”

He told me that many email marketing platforms can personalize by adding a recipient’s name in the body, and some can add it into the subject line, but this is not effective enough for him. Instead, he needed a way to actually serve email content that is personalized for each recipient. He explained that after he read our blog post about advanced personalization he started using dynamic content feeds to personalize his emails.

Since my “super affiliate” friend was a customer of Ongage, he had detailed reports of the effect of his email marketing experiments. While he saw uplifts in open rates, click rates, and revenue… he explained that one thing he did not expect was getting responses from real people asking for more information. He saw this as a direct result of the advanced personalization. He explained that when email recipients received content that was very appropriate for them, they assumed that it was actually hand selected by a real person – and responded as such.

He was able to quickly gain traction because his subscribers began turning to him as a trusted advisor, not as an annoying marketer.

The numbers are the proof

At the end of our conversation, I asked him if he could share some numbers. He did!

He said that he had been working 14-16 hour days before he started using advanced personalization through dynamic content. Now, he is down to 8-9 hour days. He has increased the amount of emails he sends three-fold.

And the best part is – his monthly income has quadrupled.

He further explained that not only does he work less and earn more, he feels like the time he spends working is not spent working on his business rather than working in his business. He spends his time analyzing reports, making optimizations, and organically growing his list with relevant opt-in subscribers. He is automating the personalization, the segmentation, he easily sends campaigns with different header and footer information based on list segment. He bottom lined it by saying this:

“My email marketing has become a machine, but my recipients feel like I am sending them a personal note and licking the envelope myself. Ongage has given me what I needed most: better personalization, but less time personalizing.” 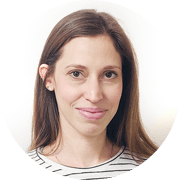 Marketing Director at Ongage. Sharon is an expert in online marketing, specializing in acquisition and growth strategies. On her downtime, she loves spending time with her family and catching up on classic cult movies.
All Posts
PrevSimplifying Email Marketing from Head to Toe
Common Email Problems for Job BoardsNext

Get our email tips in your inbox

Linkedin-in Facebook-f Twitter
Signup for our newsletter for news, product releases and best practice. By signing up you are agreeing to our Terms of Service and Privacy Policy.
Thanks for signing up!
You’ll be hearing from us soon.
Close